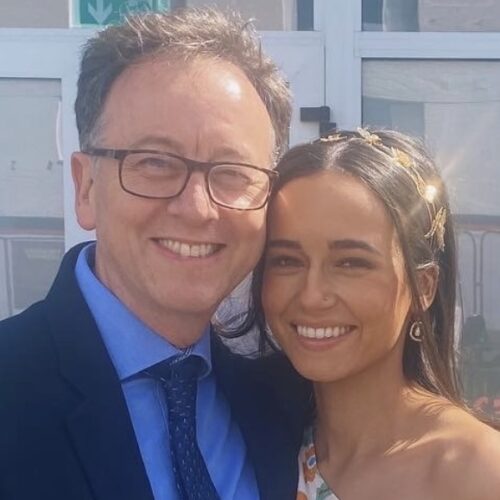 The death has occurred of

Back to all funerals

It is with great sadness that the death is announced of Dr. Mark Adams, Faeriewood, Ballyglan, Woodstown Co. Waterford on the 16th July 2022.

Deeply regretted by his heartbroken wife Deirdre, and adored children Siofra, Finn and Maeve, his mother June in South Africa, sister Sandy, brothers Brett and Grant, his sisters-in-law, brothers-in-law, his extended family and his many dear friends.

May his gentle soul rest in peace.

Mark’s Funeral Mass will be live-streamed from 11 am by following the link below:

Book of Condolence: A message of sympathy can be left in the condolence section below.

We’ll take care of the arrangements allowing you to focus on your family.

We would like to thank all the staff of Thompsons Funeral Home for their professionalism, kindness and help you provided to the family.

Thank you Thompsons Funeral Directors for their sensitive  and professional handing of all our arrangements. It was mostly appreciated.

Michael, I would like to thank you and your team for your care, compassion and respect that you have shown us during our recent bereavement .  We appreciate all you have done for us.

Margaret B and family

To:  Thompsons Funeral Directors, we thank you for your professionalism.

Seamus and his family

we would like to thank Thompsons Funeral Directors for their guidance, support and professionalism.

We would like to thank the team at John Thompson Funeral Directors for their professionalism.

To John Thompson Undertakers, thank you for your organisation and professionalism, greatly appreciated.

Thanks to John & Michael Thompson Funeral Directors, it is appreciated so much.

Thank you to Thompson Undertakers for their organisation and professionalism. Please accept this acknowledgement as a token of our deep appreciation.

John Thompson Undertakers, thank you for your organisation and professionalism.

To Michael and all at Thompsons. Thank you for all your kindness and help with my husbands Funeral.  Your professionalism knows no bounds.

The support from funeral director, John Thompson and his staff, is hugely appreciated. We are thankful for their guidance and support during what was a very difficult time. Breda.

Any cookies that may not be particularly necessary for the website to function and is used specifically to collect user personal data via analytics, ads, other embedded contents are termed as non-necessary cookies. It is mandatory to procure user consent prior to running these cookies on your website.